Paying healthcare bills is rarely onanyone’s Top 10 list of favorite things to do. 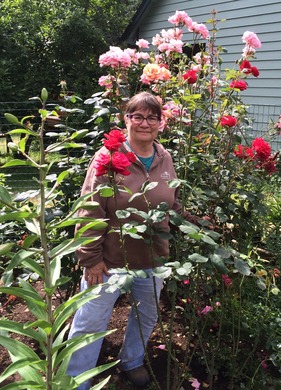 So our Patient Financial Services Team was happily  surprised when they recently opened a thank you letter from Mary Beth Millard Bassett of Oregon.

Mary Beth, a retired pharmacist, was visiting family in Beatrice when she tripped and fell down a flight of stairs and broke two bones in her pelvis.

The ambulance service was great and the ER staff were wonderful, Mary Beth says. And, while she was unable to attend a family wedding while in Nebraska, she recovered well enough to travel back home to Oregon to finish her recuperation.

Then it came time to pay the bill, and the conversations between the hospital, the insurance company and Mary Beth continued, and continued some more.

Nearly a year later this letter arrived at BCH:
“You have a great small hospital and serve the community very well. … Extra respect and thanks goes to Keri (Spann) and Michelle (Lawrence) in the Business Office -- working with me to resolve the payment issues. As extra thanks from me, I’m donating to the hospital foundation.”

Keri and Michelle were quick to add that other staff members, in particular, Carrie Stewart and Aaron Crim, were part of the team who assisted with resolving the billing issue.

As a Nebraska native, Mary Beth said she values smaller rural hospitals for the role they play in healthcare. She said she appreciates the medical care she received at BCH, and was especially thankful for the business office’s persistence in resolving her billing issue.

Mary Beth is back at home tending to her five acres of woods, garden, apple trees and other outdoor chores. And, of course, contemplating her next travel plans.