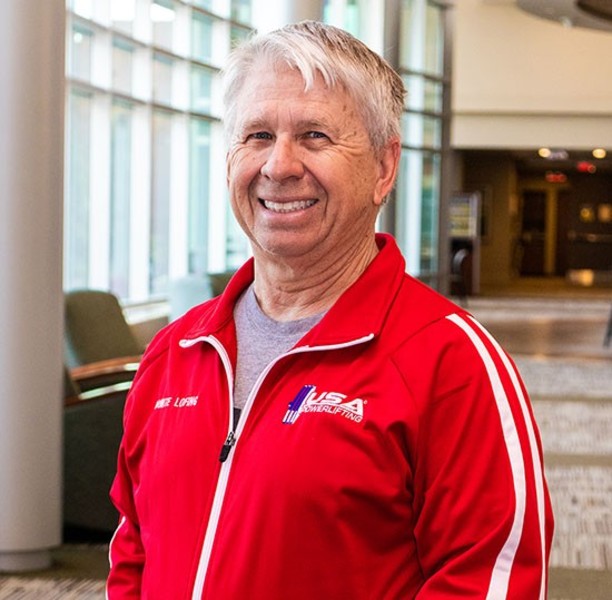 Monte Lofing has a passion for weight lifting and was disappointed when he learned he needed to put his favorite pastime on hold for hernia surgery.
The 64-year-old Beatrice native also was concerned about how much time he would need to take off from his job as a truck driver.
So when he learned about the opportunity to have robotic hernia repair surgery at Beatrice Community Hospital, he was quick to sign up for the minimally invasive operation.
“I was totally excited to have a robotic procedure with minimal downtime,” Lofing said.
Lofing was among the first patients to undergo robotic surgery after the hospital began offering the option on Dec. 16, 2021. He said he had only minor discomfort a few days after the procedure due to excess air in the abdomen. He returned to work in three weeks and returned to weight lifting in six weeks.

Lofing’s surgeon, Dr. Brad Olberding of General Surgery Associates, says one of the most rewarding parts of his career is doing outreach in the smaller communities surrounding Lincoln.

“Patients are so appreciative when they can stay close to home when going through a stressful experience like a surgery,” Dr. Olberding said.

And, he says, robotic surgery offers another option for care at BCH.

“Simply put, the robotics platform allows more types of operations to be performed in a minimally invasive fashion,” Dr. Olberding said. “Procedures that could only be done with a large incision, can now be done through small incisions.  Even surgeries that could be done through small incisions without the robot can now be done easier and with less trauma with the robot, which leads to better outcomes.”